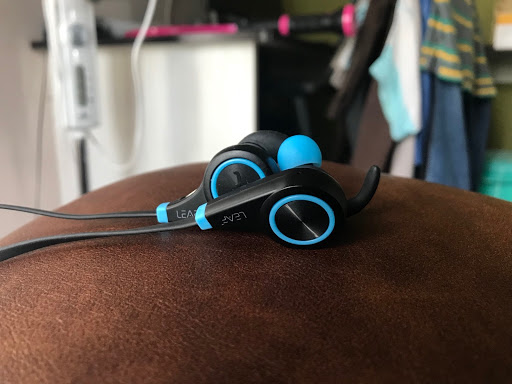 Its after a long while I am back to bring you a review of a gadget – a pair of earphones this time. There are some differences this time. I am not a big fan of Indian gadgets due to quality issues persisting since many years. Everytime you buy something cheap or costly when it reaches your hand, one look at the packaging or the product and you feel cheated. You really feel why Indian companies take customers for granted and just produce something for the heck of it.

The feeling of great packaging, good quality materials and the general thought process of thinking in terms of design, usability and durability are mostly missing with Indian made gadgets barring a few of them. A few good ones I could think of are the Notion Ink Adam, Sony India basic wired headphones, etc. However many of these are not Indian firms and bring products from their global lineage time and again.

I have got a craving to order more and more wired and wireless earphones after I ordered a noise canceling Sony MDR1000-X which I will review a bit later. After my purchase of an Apple IPhone 7+ 128 GB, and the increased need to take Skype calls on the mobile I needed at least one good wired and one good wireless earphones. The headphones were big, they were bearing on the head in terms of weight and were not a viable option all the time. The earphones were lightweight, can be plugged in pretty easily and almost cut out most of the noise even without noise canceling feature.

I will review the Bullets V2 from 1+ a bit later, but for now among the wireless I had two options one on the low end (2-3k INR) and another on the higher end (Bose QC-20i, Qc-30 – at between 17-23K INR including exchange discounts on their websites). Neither were bad just that they were at different ends of the scales. While buying on Amazon, its very difficult to credibly understand how many reviews of the products were legitimate and whether the reviews are of good quality enough to understand what the product quality is. So after some basic searching and filtering out noise in the form of useless negative reviews, I chanced upon the Leaf Ear. 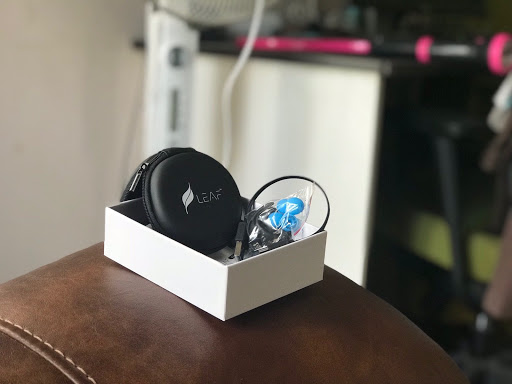 Companies usually hire good photographers to photoshop outstanding pictures of the product so I was a bit taken aback about the high resolution images on the website detailing the product. Keeping an expectation of 50-50 I went ahead and ordered the product. I usually also see a bit of YouTube reviews before ordering something and here it was no exception. The product finally arrived at my home and I was rather delighted to see if it met my expectations.

First impression is the best impression as they say and the packaging left me wanting for more. The box was white with all sides printed with information with a few photos of the product around it. Upon opening the box I found that there was a nice black pouch inside placed in a tight fit which had the earphones within it. 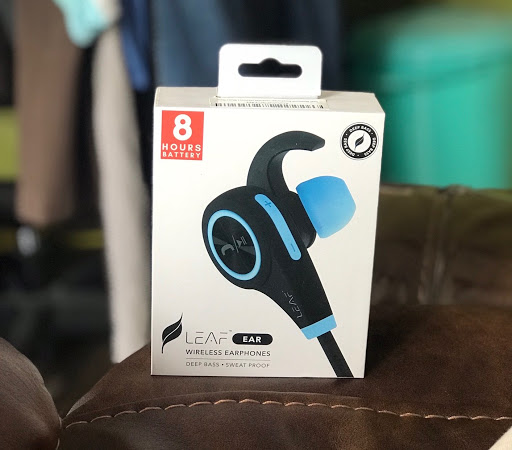 Also was a small printed manual, a set of extra ear buds as spare. Nice touch but what I was impressed with is I got the same blue colour as advertised. Exactly the same fluroscent blue. Absolutely the same colour. Nothing was photoshopped. For a price of close to 2500 INR, the quality was comparable to Bose. Absolutely soft feel and extremely comfortable to the touch. 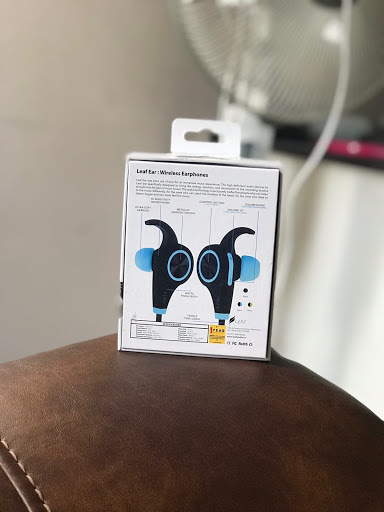 Build & Specs of the Leaf earphones

The earphones themselves were of top quality including the cable and were a snug fit into the ears. They also had the extra hooks or flaps as people call it which guarantees a perfect fit and since these were meant for jogging it had to come with those flaps. If you dont like them, you can remove them and put them on again. Its a DIY stuff. The ear piece is slightly inclined to give you a best fit and once you wear these on, the external noise is practically weeded out. You still can hear the outside, but not if you have the music playing. The cord is as less as can be and as is necessary, so that it won’t get in the way of your jogging. 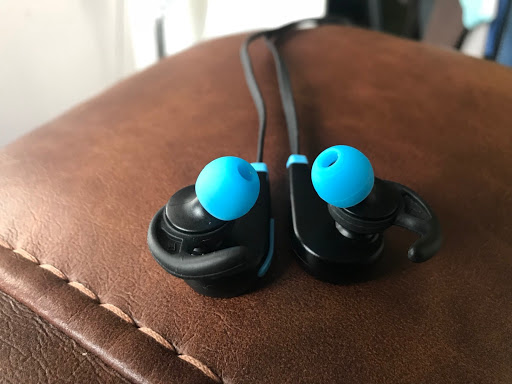 On the specs side, the earphones boast of 8 hours of play time, with Bluetooth 4.1 support and 10m of connectivity distance among other features. The USP of this earphone is its reproduction of bass. No other earphones in this category which is made by any Indian company boasts of such good bass reproduction in this price range. Of course you do have the Sennheisers and the Sonys but the Leaf is something different and it deserves respect for some other reasons such as the homegrown option. 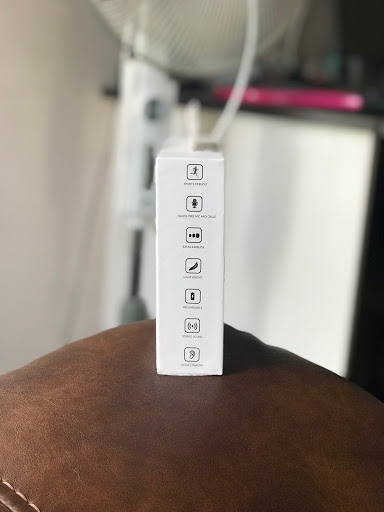 Quality comes at a cost and reducing the cost would effectively mean you screw up on the quality front. Leaf has tried to keep it balanced and has struck a good compromise between cost and features.

In the real world experiences part, I did not have to charge the earphone for quite a long while before it died down, almost a week of a few conference calls each day which is impressive. On the bass claim, they are pretty much right – I have not seen another Indian earphone that comes with so much bass capability yet. But coming to the treble part, it does not sound exactly tinny, but it does not get so much prominence where it should ie., at higher volumes. The bass supersedes the treble part which is a bit of a downer. But then again its not like you cannot hear it properly at all. It does not seem like a balanced combo. 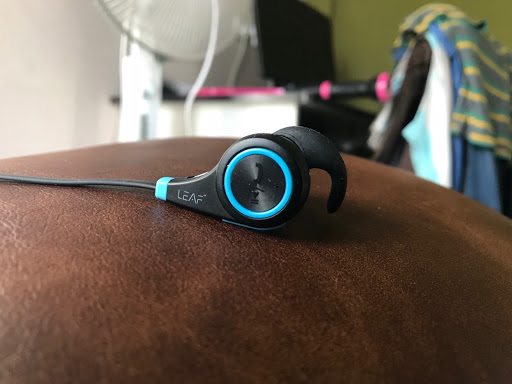 Next are the buttons, specifically the power/play/pause button on the right earphone and the volume up/down on the right earphone. Both are clumsily placed either with respect to placement, or with respect to operation. Allow me to explain. First off the power button. You need to press it really hard for activating it and if you are doing it whilst the earphone is in your ears, that means you are pushing the buds much inside your ear – something that terrifies me. We need to treat this organ with extreme care, if something gets stuck inside, it can prove to be a hearing safety hazard. At least in the next version of these earphones I wish the company makes it a soft touch and use button. 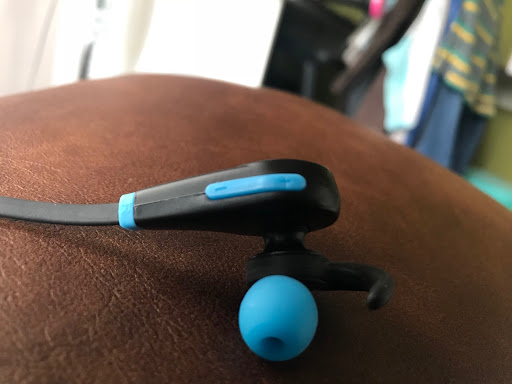 Next off the volume rockers. They are placed okay for the access but are so small for big fingers like mine, that I am not sure I am actually pressing them. Its a sort of clumsy placement to be honest and if I were to design these, I would have used the left earphone to put this button just like the power button with a two way action for up/down volume control. Currently the volume button seems like an after thought & it is not clear why the company decided to put the volume rockers where they are.

On handling sweat, I have not used these rigourously for sporting activities, but you may need to wipe them dry of sweat after use if you use it heavily. That said, wearing in ear earphones and jogging hard can actually make your ears rather warm, and at least for me to a level uncomfortable too after which I need to take out these. I prefer an option without the additional flaps and with Leaf that is possible very much. These are the real cheap cousins to Bose QC-30 at about 1/10th the price.

I did try a few calls using these and the calls sound good and others can receive your voice only if your right earphone is placed in the ear. That is where the microphone is located and unless its in the ear it may not pick up your voice properly. I have this habit of using only one side for calls, and hence you need to know which side of the earphone matters based on where the mic is placed!

The Leaf earphones are no doubt an awesome pair of earphones in terms of build quality and the company – an Indian startup – Leaf Studios in Delhi – have given a lot of thought over the design, usability, reliability, materials and needless to say technology adoption to bring these earphones close in quality to the other higher priced models in the market. 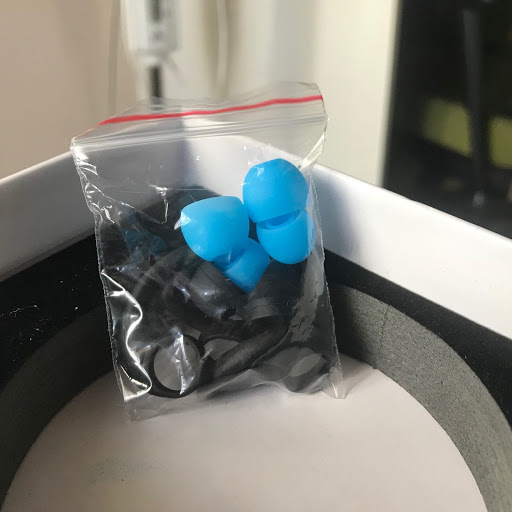 Time will tell whether there are future revised iterations based on feedbacks on various online and offline forums tha the company will come up with, but for now at Rs.2500/- approximately, these are hard to beat and won’t disappoint the user on his expectations. So what is your excuse to wait ? Let me know if you found this review useful in the comments section below, and if you wish to buy one of these head here.