After years of struggling with Bangalore’s weather, I tried to understand why my kid was getting sick with asthmatic symptoms over and over again. It struck me there’s something about the air quality that creates this problem other than the pollen in the air.
Looking at Bangalore go from bad to worse it was only an eventuality that I had to really think of investing into an air purifier for my bedroom. Over the years the technology for air purifiers has only become better and better and with standard HEPA filters and air filters being used in air conditioners and the like, the same also started being used for air purifiers. With cities like Delhi almost have an air purifier for every home the concept is still catching up for Bangalore which is taking some time to reach the level of dust pollution that is seen in Delhi.
There are a lot of companies working on air purifiers such as Sharp, Philips etc. A quick search on Amazon shows a host of companies offering air purifiers. I also understood that when the air becomes dry within the room or the atmosphere we are in, it starts to cause an irritation in people’s throats which further cause a lot of cough and runny nose symptoms. couple this with the usual asthmatic symptoms and the whole situation turns nasty with an allergic cough that lasts for over a week or two in small kids.
So now I not only needed a solution to purifying the air at home, I also needed a solution which helps me to humidify the air within the room.

Given my need, I wanted a unit which had both the air purifying function and humidification function in a single unit. After having seen a lot of reviews on YouTube and checking out some products on Amazon, I came across an advertisement regarding the sharp KC-F30E model.
For once I did not want to make an online purchase and I wanted to just pay up the cost and have the air purifier on the hand immediately. For this reason, I picked up the contact number for the customer care for Sharp, and make a call to them to understand the models they have and the payment options to secure one of these models. 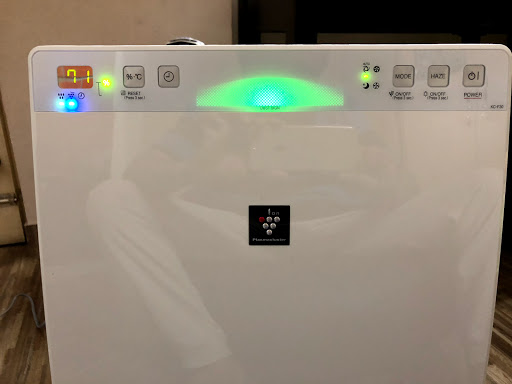 Sharp could not answer my call when I called them but they promptly return the call and assigned an executive from Bangalore city to deal with my case. The executive was in constant touch with me in spite of my busy schedules and I asked him if there was a no-cost EMI option to purchase this product.
Due to my busy schedules the executive was kind enough to meet me at a time of my choice and place of my choice and he brought in the purifier unit to my office along with the payment machine. The device cost me 23500 rupees and I paid the whole thing by a credit card with no cost EMI option for 1 year which cost me around close to 2000 rupees every month.

The device itself is around 5kgs in weight and is as big a personal computer desktop tower or slightly more. The whole unit fits into the boot of my car and I could get it home easily. ,The device itself is constructed in a simple manner with easy access to the filters, the water bay and the controls on the front panel of the device. The device runs on a 5A socket and it’s very easy to use.

Below is the video I made for the unboxing of the device which you can see to understand what the device looks like in reality.

The device has a few easy to use buttons on the front console. There is a button to switch between the display of humidification level and temperature in the room. There is a timer button which can help you set the humidification / air purification function to last between 1 hour & 8 hours after which the unit will switch off automatically.
The mode button helps you to switch between the modes auto/ night-time /slow and fast. The Haze button helps to operate the unit at Max high fan speed for 10 minutes followed by 50 minutes operation at high fan speed, and then alternates between low and high level for 20 minutes each.
Then there is the power button for switching the unit off or on, and it also remembers what state the unit was in in the event of a power cut. Further to this using this buttons by the means of a long keypress we could switch the modes between humidifier and purifier, and using either or both, and so on. 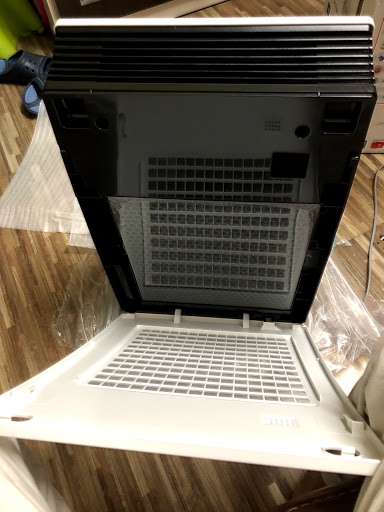 The unit has a back panel which can be easily removed which gives access to two filters one being the HEPA filter and the other being the deodorizing filter. These can be separately removed and vacuumed or soap cleaned whenever needed. 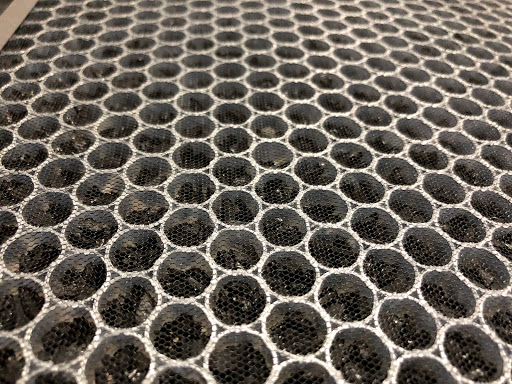 Besides this, there is a humidifying filter which resides within a filter frame, which sits further in humidifying tray that holds the water needed for humidification. This tray is easily accessible and we can fill it with water up to the specified level and plug it back into the unit very easily. 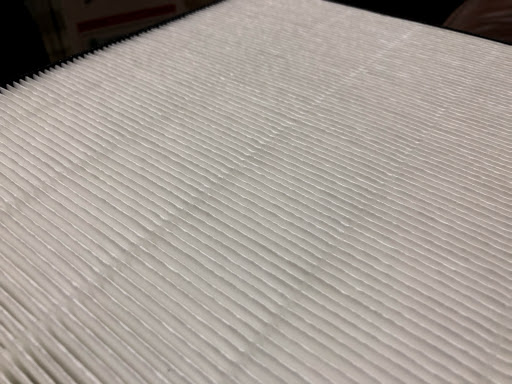 As a consumer, I understood how to use this device. I went about trying to use it with the water filled into the humidifying tray. The unit is pretty noisy at higher fan speeds but upon setting it to automatic it settled down to a very quiet operation which is barely audible.
If you are expecting the unit to cool the room just like an air conditioner you are mistaken and you will not be able to achieve that with this unit. However, the dampness in the room is clearly felt after a while because of this unit doing its humidifying function.
The lighting on the unit is good and it shows different colours based on what it possesses the dust quality within the room (Green / Orange). The device claims to remove dust particles upto 0.3 microns which would mean coverage on most categories of dust commonly found in homes.

I am yet to understand what the exact tangible benefits of using this unit are and my metric of measurement would be how healthy my son would be if this unit is in operation every night in the room that he sleeps in.
If his levels of asthma are under control and he does not get into an allergic cough situation because of using this unit then I would believe that this unit is functional to the extent that I expected it to be. 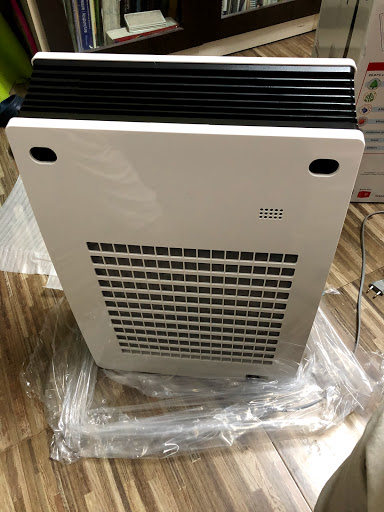 For the given price the humidifier and air purifier unit combined in one is a worthwhile investment for now as it doesn’t break your bank. it is a bit bulky but it is also quite during operation and the only need is to find the space for it within your room.
The tangible benefits of this unit would be understood only over long term use but for heavily polluted cities it is almost becoming necessary to have an air purifier as of today.
With constant industrialisation and construction activities going on around the city and the temperatures within the city heating up it is only important that dry cities need the function of humidification as well within the homes that we live in. The sharp purifier and humidifier unit exactly aims to achieve this need. 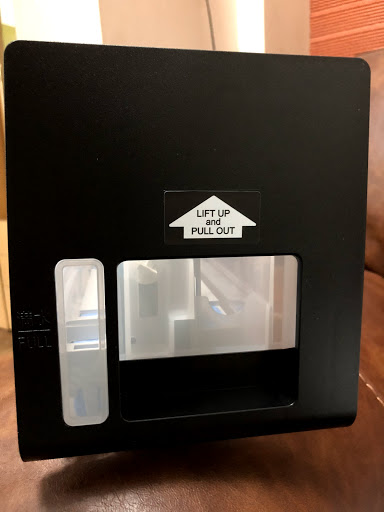 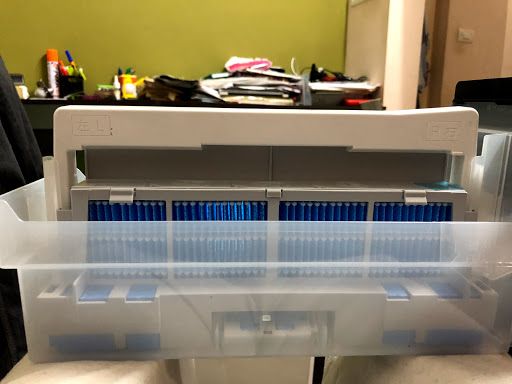 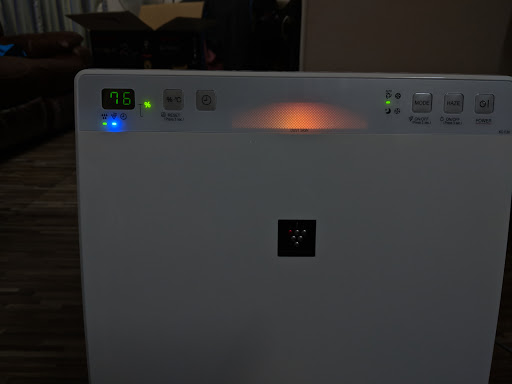 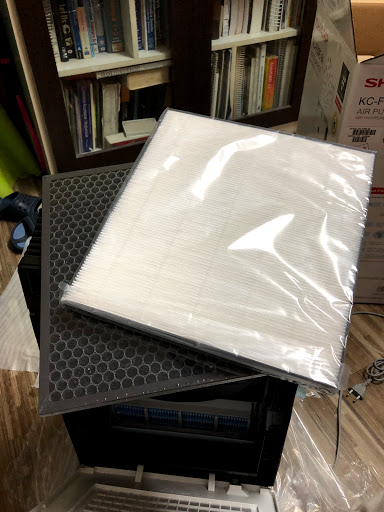 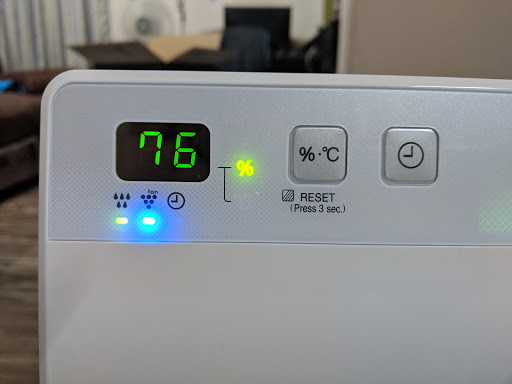 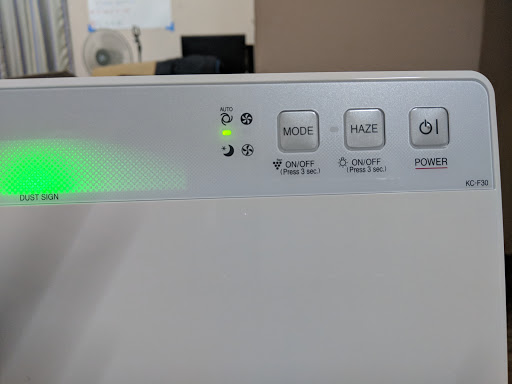 If you liked the review, please spare few moments to let me know your thoughts down below in the comments.